"The Head Hunter is a semi-automatic, high powered rifle built for long-range sniping. Each round contains a radio-controlled guidance device, allowing you to steer the bullet around obstacles to reach the target. A charged shot fires a guided explosive round that can be used to grab the target and then steer them into other enemies or environmental hazards before detonation."

The Head Hunter is a sniper rifle with controllable bullets in Bulletstorm. If a player uses the scope, they can lock onto an enemy with the shot and control where the bullet goes. Time will slow significantly once the bullet closes in on its target, allowing the player time to adjust the shot. The Head Hunter's charge shot is an explosive round. Once a target is hit, the player can move that enemy around and then detonate the charge, killing multiple enemies in the surrounding area.

The following are known skillshots unique to the Head Hunter weapon

Steering the shot.
Add a photo to this gallery 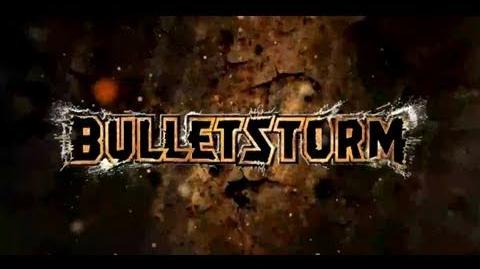 Retrieved from "https://bulletstorm.fandom.com/wiki/Head_Hunter?oldid=12219"
Community content is available under CC-BY-SA unless otherwise noted.