Start a Wiki
The Banshee is a large troop-transport helicopter that can be found in Bulletstorm.

The Skull piloted aircraft has a mounted chaingun on the side and rockets. The ones found on Stygia are usually in rough shape but are strong enough to resist being brought down by a Maneater's tongue, at least for a short while. There is a time in the campaign that you will be able to shoot the chaingun from the Banshee as Trishka pilots but this is a very limited on-rails shooting section.

Banshee after dropping off troops 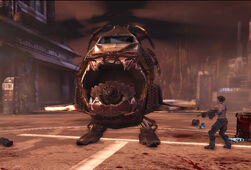 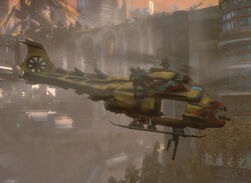 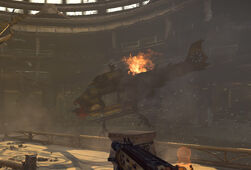 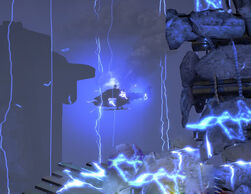 A Banshee caught in the gamma storm
Add a photo to this gallery
Retrieved from "https://bulletstorm.fandom.com/wiki/Banshee_Helicopter?oldid=11577"
Community content is available under CC-BY-SA unless otherwise noted.